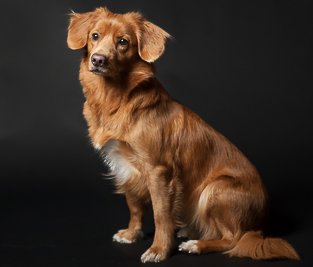 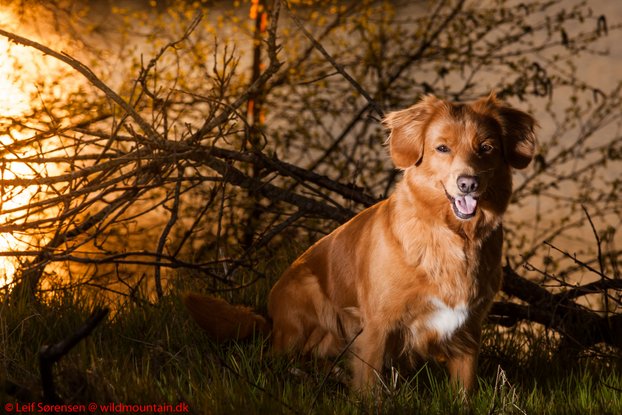 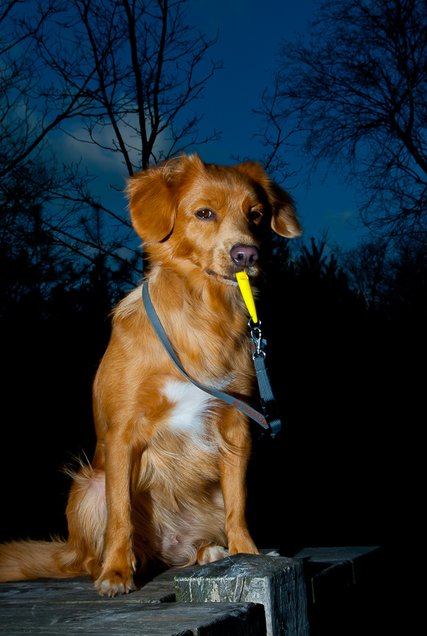 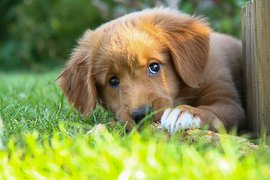 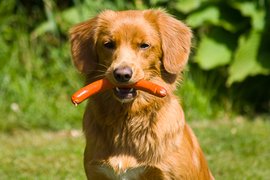 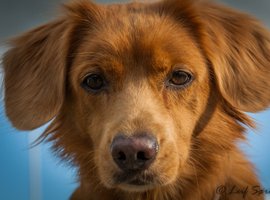 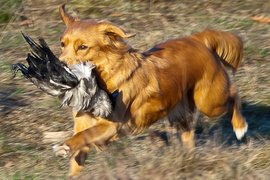 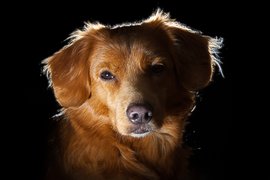 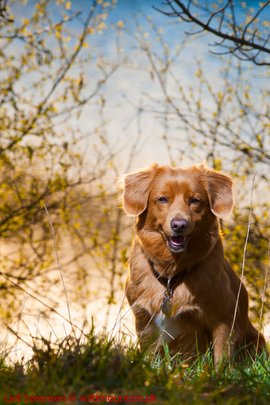 Daisy became part of our family one year after we picked up Chili.

She is from the same kennel as Chili  – RedReynard’s from Herning. She is so daddy's princess.

Daisy is a small bitch – somewhat smaller than desired for the breed. racen. However, what she lacks in size she makes up for in energy and desire to work. She is the daughter of  Shaggy Tollers Sergent Pepper (John), the first Toller in Denmark to acquire the title "INTCH" - INTERNATIONAL CHAMPION, and she has inherited John's passion and working abilities.

Unfortunately, we have not succeeded in keeping her quiet when she works. She also stresses a lot which results in her often not being able to focus on th job.

Daisy has been trained in DRK and has started in working tests and unofficial tests. She is qualified to start in open class. She has done so several times and she does the work very well but she is being marked down due to noise - which is quite fair.

At home she is a quiet and relaxed dog and she loves being close to us. 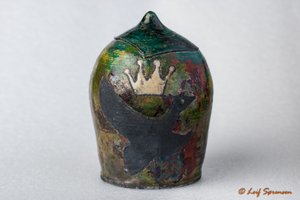